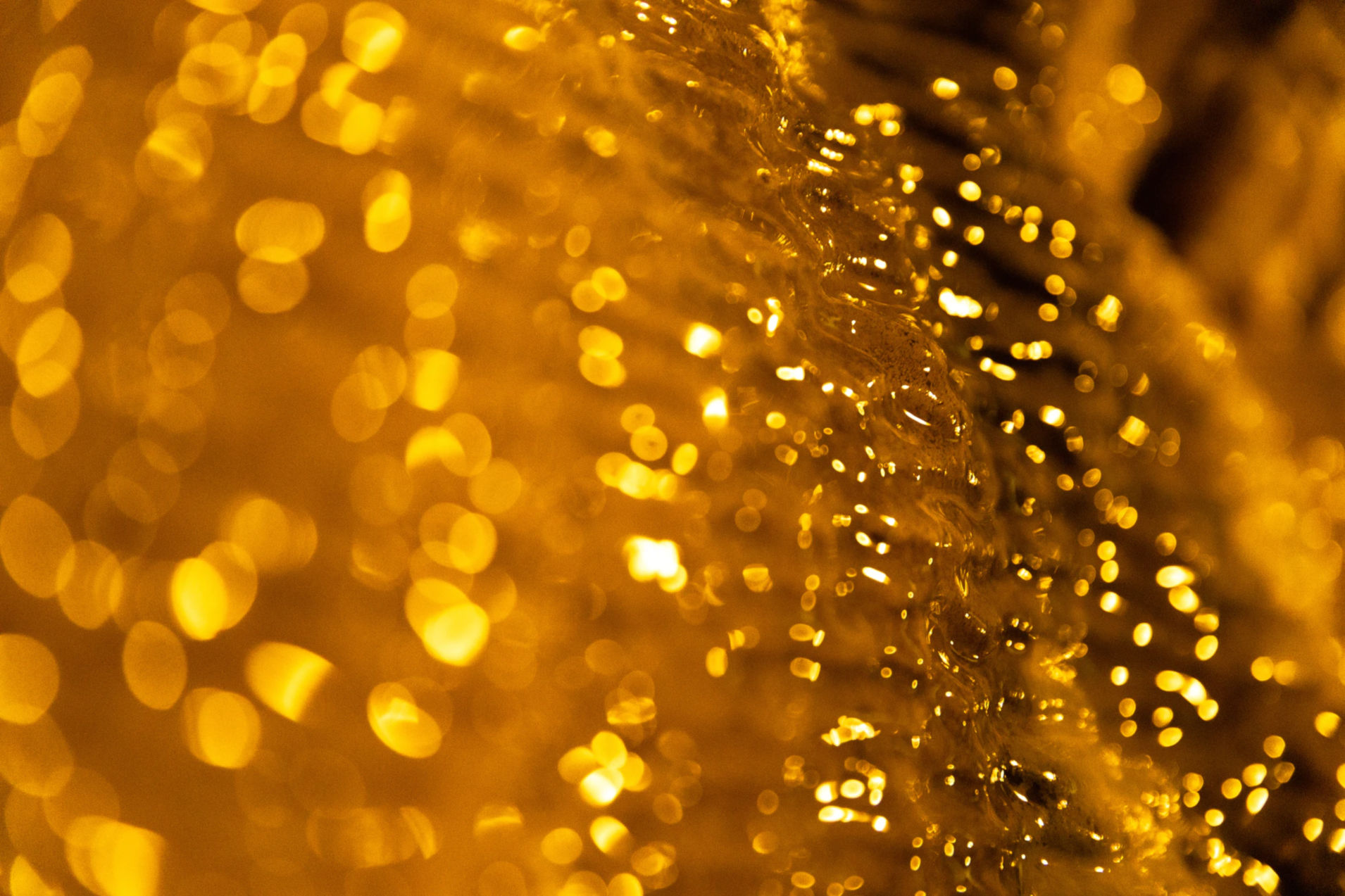 Amber has fascinated people for thousands of years. We already knew this special material in the Stone Age. For the Bronze Age, i.e. approx. 3-4000 years in the past, the trade in Baltic amber as far as Egypt and Syria is documented.

European amber, almost exclusively succinite, is a fossilized resin from a tree that is still unknown. Based on found wood inclusions, we suspected that this tree was an ancestor of one of today's conifers.

The proportion of amber obtained through mining is playing an increasingly important role, but when the wind is favorable, new pieces that have previously loosened from the seafloor are regularly washed up on the Baltic coast. Amber has a density of approx. 1.1g / cm³, which is only slightly higher than that of water. Interested laypeople can easily get hold of some finds themselves.

The beautiful stones can be found quite easily in daylight because they glow in typical orange tones in direct sunlight.

More ambitious collectors sometimes go looking for amber at night. In doing so, they take advantage of a special property of the material: autofluorescence.

Fluorescence describes the physical phenomenon that certain substances, if they are irradiated with light of a certain wavelength, radiate back at a different, usually higher wavelength. The incoming photons are absorbed by the molecules of the material and thereby thrown out of the energetic equilibrium in which they previously were. They then return to equilibrium and give off the excess energy in the form of photons. Since the process itself cost energy, the photon emitted afterwards is usually lower in energy, i.e. it has a higher wavelength than the light emitted before.

Autofluorescent materials like amber are materials that are inherently capable of fluorescence. Alternatively, materials can be labeled with fluorescent dyes that attach to specific molecules.

If you now know the excitation wavelength and the wavelength of the fluorescence radiation, then materials can be deliberately highlighted in this way. Amber collectors do this with so-called black light flashlights. "Black light" is the colloquial term for long-wave UV light, the wavelength of which is just below the perceptibility of the human eye.

What is the ideal wavelength for amber autofluorescence?

The most common wavelengths of LEDs in black light flashlights are 365 nm and 395 nm. Which is better suited to stimulate amber to auto-fluoresce?

We did a little experiment with both wavelengths and amber found on the Baltic Sea beach. The result is quite clear: amber fluoresces more strongly at 395 nm than at 365 nm. 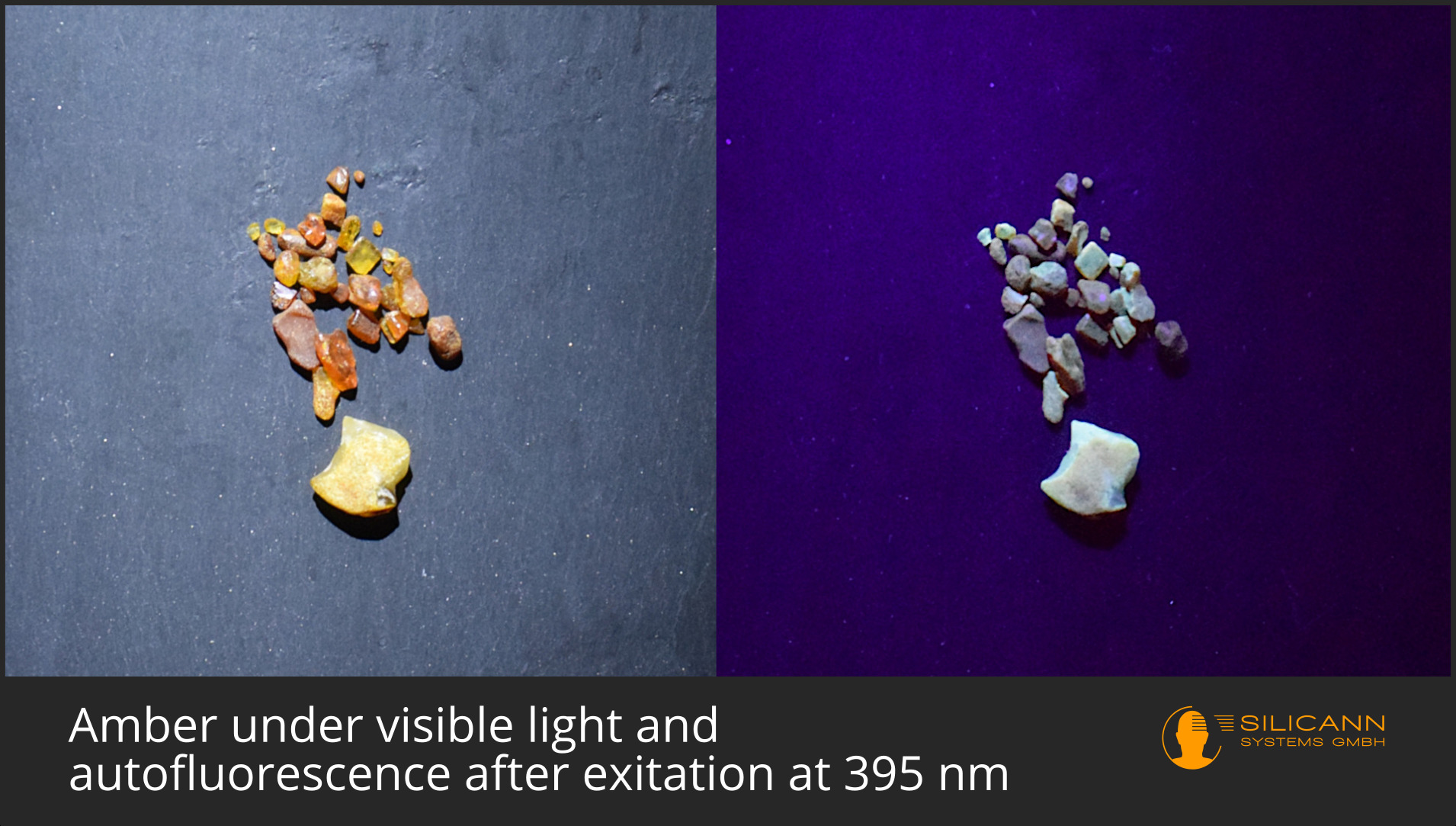 If the black light lamp is only to be used for the amber search, then lamps with 395 nm have a clear advantage. 365 nm, on the other hand, are the more suitable excitation frequency for checking Euro banknotes: their security features radiate much more clearly at 365 nm.