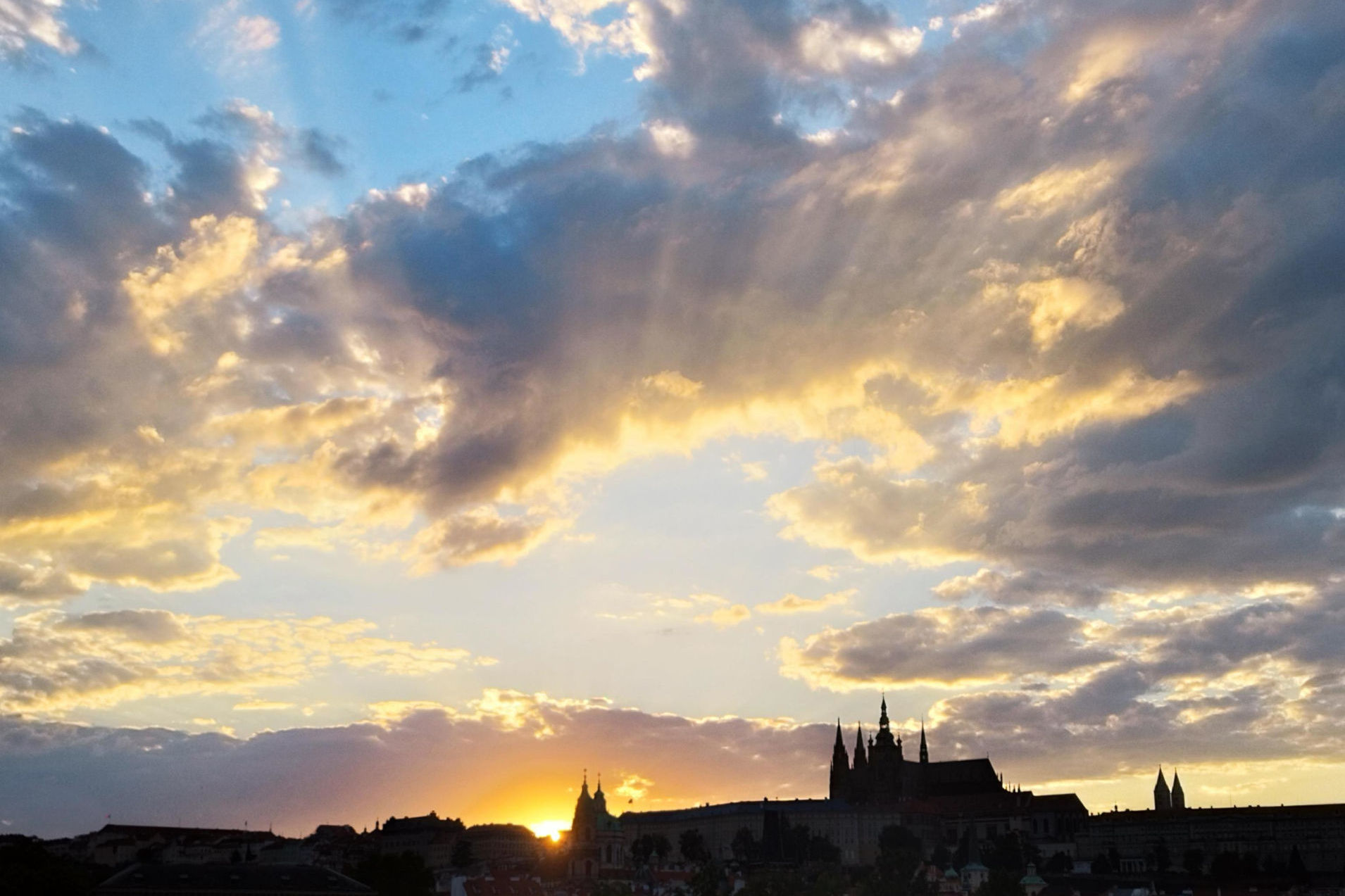 The sun can present itself in a particularly effective way when the cloud cover breaks up in the sky and individual, separately visible rays of sunlight become clearly visible. A similar spectacle can occur when the sun shines through small openings in the dense canopy of a tree.

But how exactly does this effect actually come about? And why does the sun always appear so close in these cases?

In the case of the sunbeam phenomenon in the upper image, it looks as if the rays are spreading out from the sun towards the observer, so that the distances between the rays are greater near us than near the sun. At first sight this seems to be correct, because the rays spread out spherically from the sun. With larger distance from their point of origin the distance between the individual rays also has to be larger. Or has it?

The distance from the sun to the earth is about 150 million km on average. The distance is so great that the sun's rays take about 8 minutes to reach the earth. The distance between the clouds and our eyes is usually only a few kilometers. So the proportion of the distance covered by the sun's rays is vanishingly small compared to the total distance - and therefore the rays under the clouds should be almost completely parallel.

When the sun's rays shine through clouds, the rays obviously look as if they are much farther apart when they are close to us than when they are at the level of the clouds. In reality, however, the rays are actually parallel along that line - they only look like they are drifting apart to us because the starting point of the visible sun rays is so far away and thus appears smaller to us. So this is the same optical effect that makes a road going beyond the horizon look as if it originates from a single point. 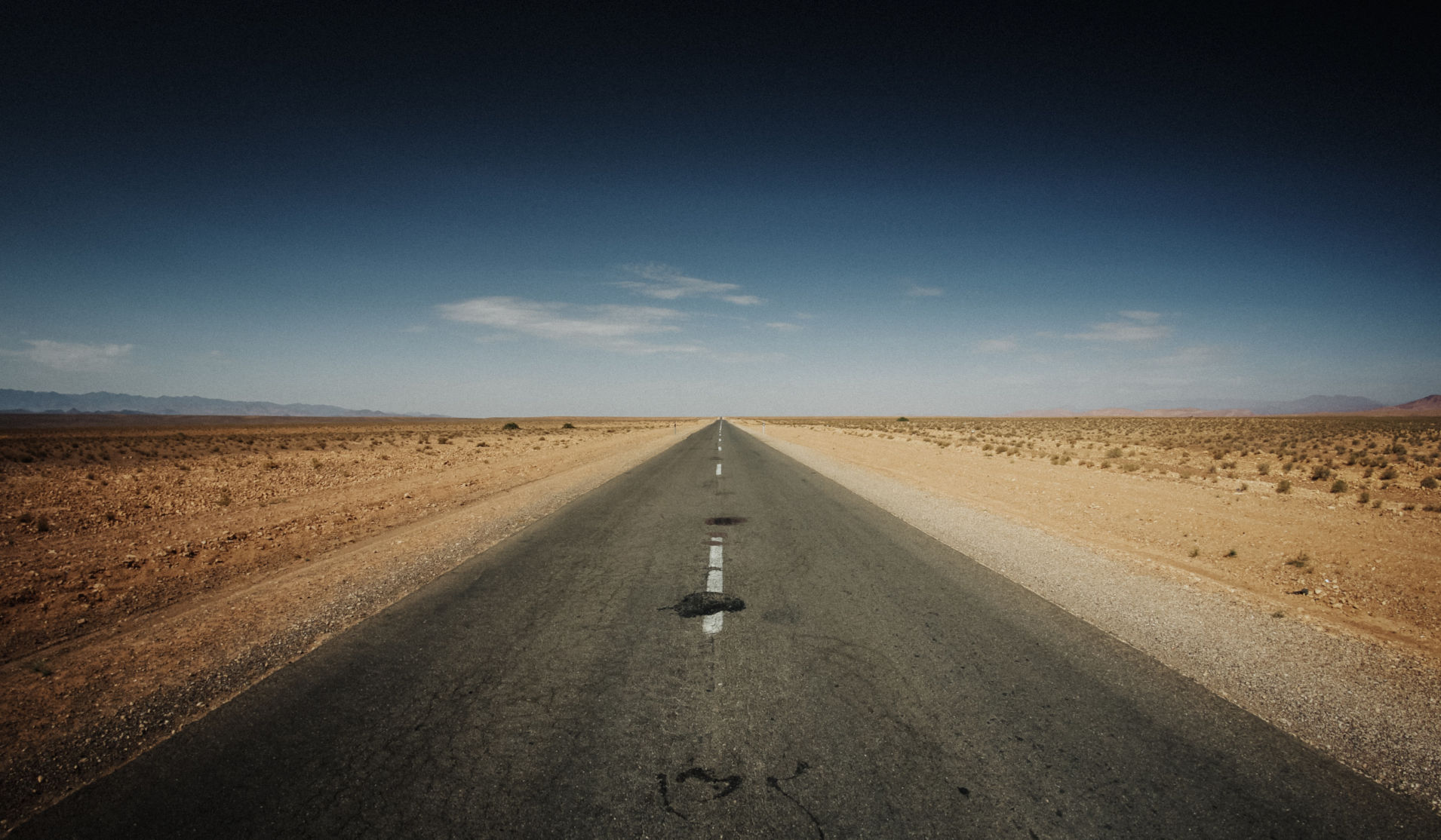 In the case of the road, however, we usually have enough familiar clues in the surroundings (trees, houses, etc.) that preconsciously tell us that the scene is simply different distances away and only appears smaller for that reason. We lack these clues when looking at the clouds. The phenomenon has a name, by the way: Crepuscular rays. That it is really only a perceptual error can be shown in situations where we can look at the sun rays from the side. In this case, the beginning and the end of the visible rays are about the same distance from our eye - and the parallelism of the sun's rays is maintained. 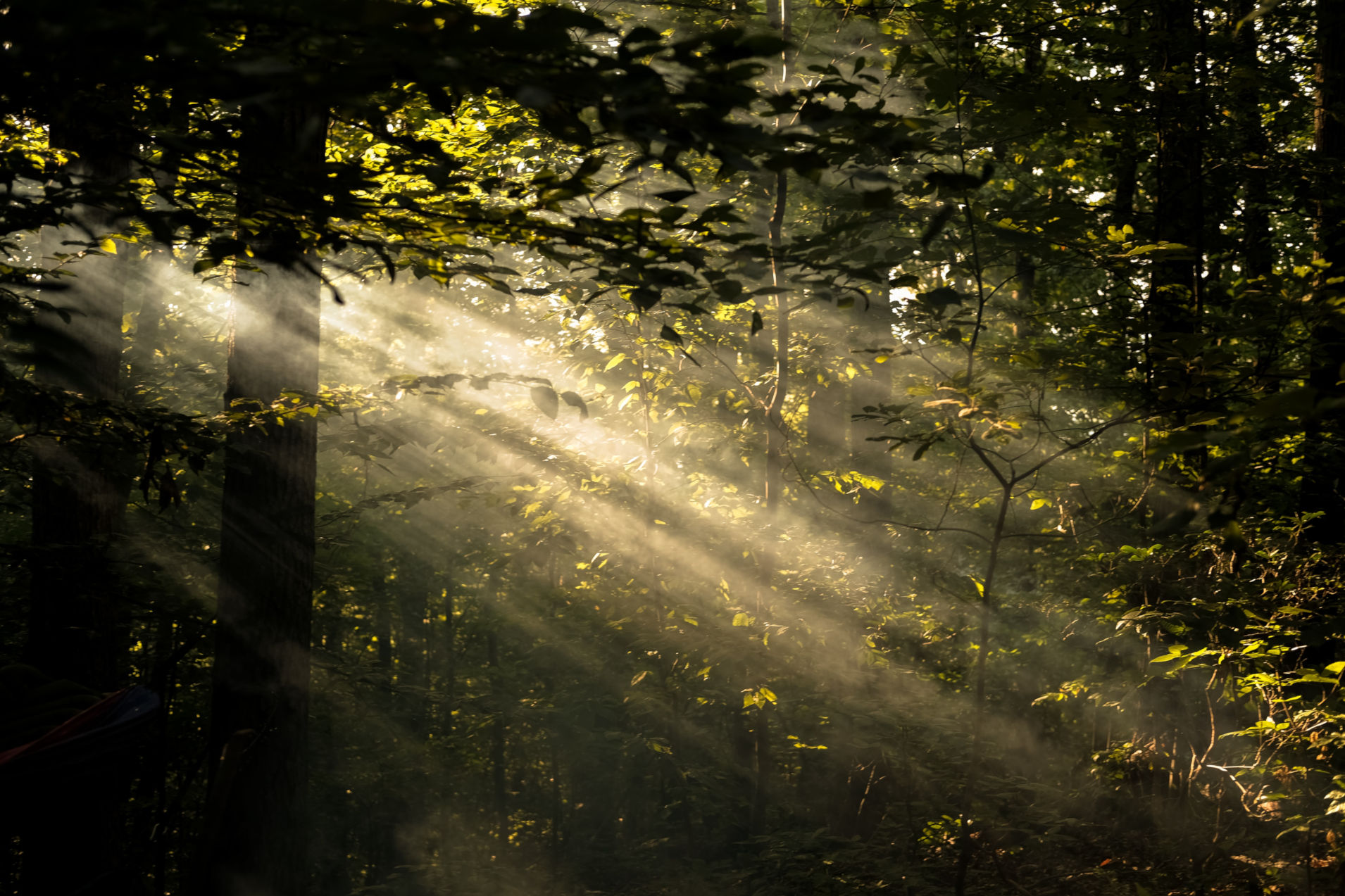 And why can we see the sun's rays only sometimes? Besides the small openings in the clouds or the canopy of a large tree, it takes a lot of small particles in the air: fog, dust or the like. If the air were completely clear, then we would only see the illuminated surfaces at the end of the rays, not the paths themselves. However, if the single photons of the solar ray meet more particles in the air, then they are deflected in arbitrary directions. Due to the multitude of reflected photons along the entire path, the sunbeam becomes visible as such.